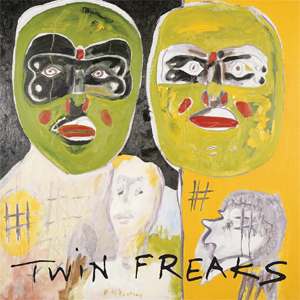 History: Roy Kerr, using the alias Freelance Hellraiser, gained popularity in 2001 with his mashup song “A Stroke of Genius” combining Christina Aguilera and The Strokes. In 2004, he and Paul worked together to create mashups and remixes of some of Paul’s songs, and these were played as an opener before Paul’s concerts. Afterward they released the mixes under the name Twin Freaks as a vinyl and digital release.

My own personal history and initial prediction: This is another one I had no idea ever existed before. I am generally a fan of mash up songs when done properly, which I see his collaborator is known for. But I’m not sure if these will be mashups or just remixes.

Review: When it comes to some of these remixes that feature on these techno releases, or even in the case of Working Classical, I’m sometimes at a disadvantage. Yes, I’ve technically heard all these songs before now, but I have much clearer memories of something like “Live and Let Die” which I’ve heard all my life vs something like “Long Haired Lady” which I listened to a couple times and then moved on to rest of his catalog. So I think unfortunately that some of the more mashup qualities of this album may be lost on me. It wasn’t until “Coming Up” where I recognized the main musical riffs of “Nineteen Eighty Five” being included with the vocal melody of “Coming Up.” But while that song did make me perk up quite a bit more, I think it’s also okay to largely come into this album as a casual listener who doesn’t know every Paul song. You do at least need some appreciation of techno and remix styles in general though.

“Live and Let Die” is probably the largest test of patience on this album, as the only bit of the original song he may be using is Paul singing “when you were young” over and over again. Maybe there’s also some of the music included, but it’s thoroughly rearranged that you wouldn’t be able to tell easily. I wanted to like that one, with the way it was also including some clips of people discussing things from their youth, but instead of making it an exploration of that it seemed to just repeat two or three clips over and over along with Paul’s clip and really started to grate on my nerves. But not all the songs on the album are this weird. “What’s That You’re Doing” barely felt like a remix to me, though maybe I’d notice more musical differences if I listened to it back to back with the original. As it was it felt very much in line with any other Stevie Wonder tune. And then you’ve got the in between those with “Maybe I’m Amazed,” which starts out just sounding like the regular song until halfway through it changes into something much more techno and out there. Overall I found this more listenable than The Fireman albums but not quite as interesting as the Liverpool Sound Collage.

Next Time: Ringo returns asking us to Choose Love.