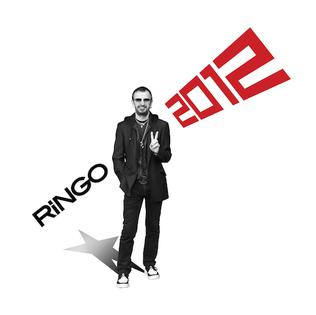 History: This Ringo album features new versions of two songs that have been on previous albums, as well as a Buddy Holly cover that was featured on a Buddy Holly tribute album before this. It’s also only 30 minutes long.

My own personal history and initial prediction: Between the items I mention above and that title it sure seems like Ringo wasn’t trying very hard on this one, does it? It certainly doesn’t get my hopes up.

Review: It’s possible I went into this with the wrong attitude, but then I’ve had times when I wasn’t expecting much from a Ringo album and ended up pleasantly surprised. Not so much this time. When “Anthem” started it sounded familiar to me, I’m guessing another instance of SiriusXm playing it on the Beatles channel. There’s a slight degree of auto tune on Ringo’s voice if I’m not mistaken, but it’s one of those uses where it works well because it’s not hitting you over the head with how present it is. And of course it’s another one of Ringo’s songs that is promoting peace and love, so I appreciate that. But unfortunately that’s about where the goodness ends.

I didn’t hear anything in these versions of “Wings” and “Step Lightly” that really warranted them being recorded again. His cover of Buddy Holly’s “Think It Over” as well as his version of the traditional song “Rock Island Line” are okay, but nothing about them makes them a unique version you want to hear compared to others. Even “In Liverpool,” his most recent attempt at another biographical song, is so bland musically and saying a lot of the same things he’s already said in his previous Liverpool songs.

It all just made me feel like this was more an obligation to the record label to release something rather than an album that Ringo was excited about enough to want to put out there and share with the world. It’s unfortunate. I’m holding out hope that in a few more years maybe Ringo will have a little more he wants to say.

Next Time: We reach what I think may be the worst title Paul has ever come up with that makes me cringe every time I see it – Kisses on the Bottom.