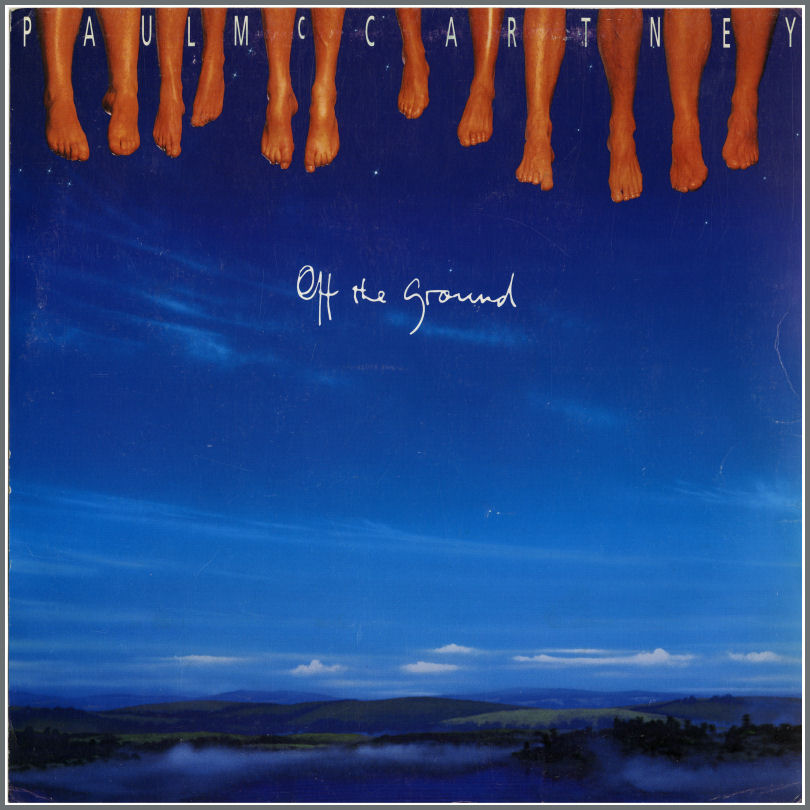 History: Paul recorded this album with his touring band, largely recording all the tracks together at once to get a degree of a live feel. Some songs were rejects from Flowers in the Dirt including two he wrote with Elvis Costello, though Costello himself did not record with them this time.

My own personal history and initial prediction: This is probably the one album on the whole list I have the most history with, or at least the most vivid memories of. It actually stars with the New World Tour, the promotional tour Paul did for this album. I distinctly remember watching a tv special about it, which may be the one Wikipedia mentions of the first stop of the tour being broadcast live? It was a big deal in our household, and I was really excited to watch it at the time. At the age of 12 I was a sponge for these kinds of things, and I remember wanting to know everything about Paul’s band members. I also remember us having a copy of the tour booklet, though I’m not quite sure how we got it. I certainly didn’t attend the show (though he did have a stop in New Orleans) and as far as I know my parents didn’t either. Maybe a friend gave it to them? But I do remember flipping through it quite frequently. Strangely my memory of Off the Ground is slightly fuzzier. Did my dad own a copy and let me listen to it a lot? Or was it another borrow from a friend, similar to Cloud Nine? If so I feel like I held on to this one for longer, giving it quite a few repeat listens. It was definitely the cassette version, I know that much for sure.

Scanning the track list, I remember five of the songs by name, though I feel pretty certain that the rest will come back to me as I listen again. I had previously named “Mistress and Maid” as my favorite Paul solo song, and I’m not sure it will remain that by the time I get to the end, but it was definitely one that always struck me as a very young feminist knowing she wanted to make her own life and not just make a man happy. “Off the Ground” and “Hope for Deliverance” I both remember for their strong melodies, and I remember the phrase “Biker Like an Icon” always feeling like an odd jumble of a puzzle. I wonder if the song will make any more sense to me now that I’m older. Regardless I’m looking forward to this trip down memory lane and just hoping the album holds up well to my memory.

Review: I can’t believe I didn’t list “Looking for Changes” in the list above. Maybe if it was called “The Cat with a Machine in Its Brain” it would have jogged my memory more. It definitely feels like overall I probably listened to side 1 of the cassette far more often than side 2, but there was definitely a lot of familiarity as I listened to the whole thing. I also went looking for the music videos as normal afterward, and all of those but “C’Mon People” looked really familiar as well. I definitely really loved this album back then, even if I didn’t keep it with me as I moved into both more deeper dives into the Beatles and then my eventual shift to industrial and grunge.

And I do think that for the most part it still really holds up as a strong album. There’s a mix of Paul’s activism for both fair treatment to animals and for peace in general, as well as a lot of good storytelling songs. They range from very upbeat and melodic to also slower romantic leanings. I heard traces of Beatles style here and there with both instrumentation and melodies. Though I wonder if it is all easier for me to hear that solely because this isn’t my first go around with this album. If I had all the time in the world to really absorb all these releases, maybe I’d be able to hear them better there too.

So to go back to the strongest songs that have been living in my head the last few days – holy crow “Looking for Changes.” I remember that one making a huge impression on me as a kid. I just went and did some research since I was genuinely curious if someone actually put a machine in a cat’s brain, and apparently the answer is yes, they did, he saw a picture and that’s what inspired the song. Now I’d really love to know why but I also absolutely do not want to find that picture. I am of course far more familiar with them testing on rabbits, and Paul admits he took some poetic license with the monkey. Of course a monkey being taught to smoke just makes me think of Jay and Silent Bob now, but the shock of the song still lands today I think.

“Biker Like an Icon” is another really interesting one. I obviously forgot most of the lyrics, as the words there are fairly clear, with just a hint of ambiguousness that the video reinforces. Does the biker kill her? Does she run away with him, or perhaps on her own? There’s a degree of similarity to “She’s Leaving Home” in the theme, but the story also just seems so clear that I was wondering if Paul was basing this one off of something too. A little disappointing to hear he just liked the sound of the title.

And then there is “Mistress and Maid.” I know why it stuck out in my memory so much, it is one of those fantastic 6/8 time signature songs with a melody that to me sounds like it moves in circles. It’s like you’re spinning along with the song, and then you add in the way that the words very nearly repeat themselves with just the subtle changes as she slowly decides to get away from this man who is treating her so poorly. I guess that could be my own assumption there, she’s definitely at least realized what kind of a terrible person he is, I’d like to think her declaration of not being his mistress and maid means that she is getting the hell out.

While I didn’t remember his other collaboration with Costello on the album, “The Lovers That Never Were” I do really like that one as well. I think it does a great job of expressing those feelings where you like someone and they clearly also like you, but they put up a wall between you for whatever reasons. Apparently the two of them working together was not as pleasant an experience for them, but it’s really a shame, because I’ve liked most of their collaborations together. I think they could have made a good team.

While the remaining songs give me less to rave about, there really wasn’t anything present that I didn’t like at all. I’ll be very interested to see just how long Paul may keep this streak going, since I haven’t really taken too deep a look at the remainder of his catalog.