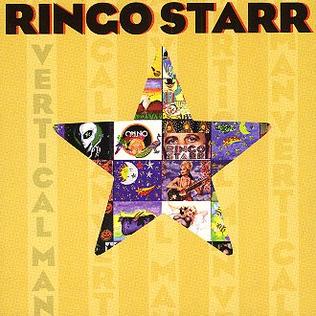 History: After the success of the Beatles Anthology, Ringo hoped to relaunch his career and appeal to a new set of fans. He worked closely with writer/producer Mark Hudson and songwriter Dean Grakal to come up with some new songs, and once again called in a lot of famous friends to help him record. That included both Paul and George, as well as Joe Walsh, Ozzy Osbourne, Steven Tyler, Alanis Morrissette and Tom Petty among others.

My own personal history and initial prediction: I certainly recognize the two big covers on here first and foremost. I’m racking my brain to see if I remember hearing Ringo ever sing “Love Me Do,” and if I did I think it was at a live performance? So I’m not sure if I know this one yet. “Drift Away” is also a great song and I’m interested to hear how he does that one. Beyond that the many collaborations present here make it sound like an interesting listen, though I wonder if they are going to end up sounding just like a generic chorus or if some of the bigger names will actually have prominent vocal appearances.

Review: Ringo was quoted as saying that this time around he felt much more involved in the song writing than he had in the past, really focusing the lyrics more on what he felt he had to say. To some extent I can definitely pick up on that. There’s a lot of mentions of peace and understanding, and how people need to let go of things that are bringing them down. But that was also the theme of “Weight of the World” on the last album, so is it really that different? I also feel like about half of the songs come off as pretty generic too. They’re not bad, there’s just nothing super special about them to really make them shine or be something you want to listen to again and again. I feel like the cover of “Love Me Do” also really suffers, there’s something about it that feels like it’s lacking energy to really make it as fun as it could be.

Which is not to say it’s all bad. On “What in the… World” we get to hear a more clear version of Paul backing up Ringo that really suits the two of them working together. It took them such a long time to collaborate in this way, but I’m glad they did. “King of Broken Hearts” is worth hearing just to enjoy George’s slide guitar on it, and “Vertical Man” is a treat because of Ozzy’s backing vocals, a combo with Ringo I never would have asked for but really liked. The cover of “Drift Away” is also a ton of fun, with Ringo, Tom Petty, and a Janis Joplin styled Alanis Morrissette taking turns at the lead. Apparently Steven Tyler originally took the second verse, but his record company made them remove him. That’s a version I’d like to hear, though I’m happy with this one too. I also found “Without Understanding” to have a surprisingly modern feel for the time, with guitar that felt right at home for a 90s rock record.

There’s also just something that you can’t easily quantify but comes from Ringo’s charm. When I listened to “La De Da” on the album, I found it okay, a nice beat at different points but not much else. But when I was done I went and watched the music video, which is primarily a series of scenes of Ringo sitting on a bench in Times Square while people come up to him and interact, smiling and taking pictures. I couldn’t help but think of what would happen if I was to run into him the same way, the urge to say, “I love you, Ringo, peace and love!” and the confidence to know he’d smile right back at me and hold up the peace sign. He’s just such a wonderful guy, and it made me enjoy the song more as I watched. So while I probably wouldn’t return to this album much more to listen to these songs again, I would add that video to my favorites for a moment when I need cheering up.

Next Time: We get to see if I like The Fireman’s second album, Rushes, any better than the first.